Embed the widget on your own site

Add the following snippet to your HTML:

Objectives of this project include self-driving on track, obstacle detection, and collision avoidance.

Read up about this project on

Objectives of this project include self-driving on track, obstacle detection, and collision avoidance. 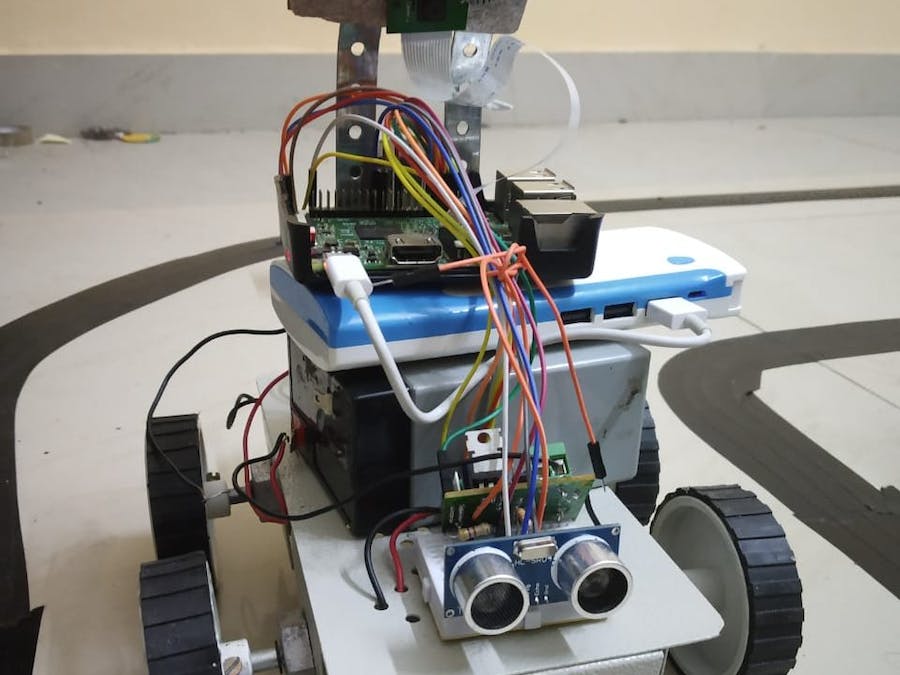 Things used in this project

Machine learning applications include evaluation of driver condition or driving scenario classification through data fusion from different external and internal sensors – like lidar, radars, cameras or the IoT (Internet of Things). The applications that run the infotainment system of a car can receive the information from sensor data fusion systems and for example, have the capability to direct the car to a hospital if it notices that something is not right with the driver. This application based on machine learning also includes the driver’s speech and gesture recognition and language translation. The algorithms are classified as unsupervised and supervised algorithms. The difference between both of them is how they learn.

Artificial Intelligence has many applications for these vehicles; among the more immediate and obvious functions:

 Directing the car to a gas station or recharge station when it is running low on fuel.

 Adjust the trip's directions based on known traffic conditions to find the quickest route.

 Helping autonomous cars learn from each other.

Artificial Neural Network (ANN) is an efficient computing system whose central theme is borrowed from the analogy of biological neural networks. ANNs are also named as “artificial neural systems, ” or “parallel distributed processing systems, ” or “connection systems.” ANN acquires a large collection of units that are interconnected in some pattern to allow communication between the units. These units, also referred to as nodes or neurons, are simple processors which operate in parallel.

The images required for training the neural network can be captured using interactive_control_train.py. At the command prompt, run the following command:

The command opens a Pygame screen where the movements of the car can be controlled using the direction arrows. The images are captured along with the corresponding key press to assist us in their segregation later. We initially used PiCamera'scapture() method with the filename parameter to capture the images, and could capture only a few but high- quality images. When the use_video_port parameter is not specified, the camera utilizes the still mode; the images are obtained using the full area of the sensor and a slow, powerful de-noise algorithm processes these images. When set, the use_video_port parameter uses the video port with which we can capture images rapidly but typically appear grainier when compared to those obtained with the still port. The car is driven on various circuit configurations and around 2000 images are generated for the training data set. Data is cleaned before segregating the images into their respective class folders based on the key press indicated in their filenames.

1 project • 4 followers
I am recently graduated with BE in Electronics and communication.
ContactContact